President William Ruto has announced that The National Government Affirmative Action Fund (NGAAF) will be increased from the current 1 billion to 3 billion shillings during the next financial year.

The President made the announcement  at the State House, Nairobi, when he hosted Women Representatives from all the 47 counties.

He clarified that the increase will also give businesses and value-adding initiatives a platform for promotion.

“We will enhance women’s kitty for NGAAF from Ksh.2 billion to Ksh.3 billion and hope you will also support me and the government in making sure that everybody pays tax,” he said.

He added that, “We have also agreed that we will avoid any cuts that will affect your delivery of that agenda as Woman Representatives and that I will communicate to the relevant people.”

In addition, he urged the female leaders to lead the charge in supporting regional producers and purchasing sanitary towels as part of their struggle for women’s rights.

“I also urge you to step up and help in the fight against teenage pregnancies and female genital mutilation,” Ruto said.

The president further challenged the women to raise their voices louder than is now. 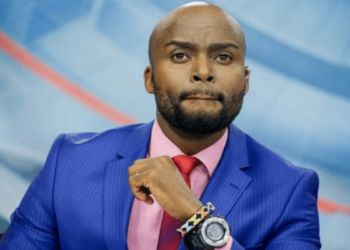 Media personality Mark Masai has charted a path forward after losing his prestigious job at the Nation Media Group TV...