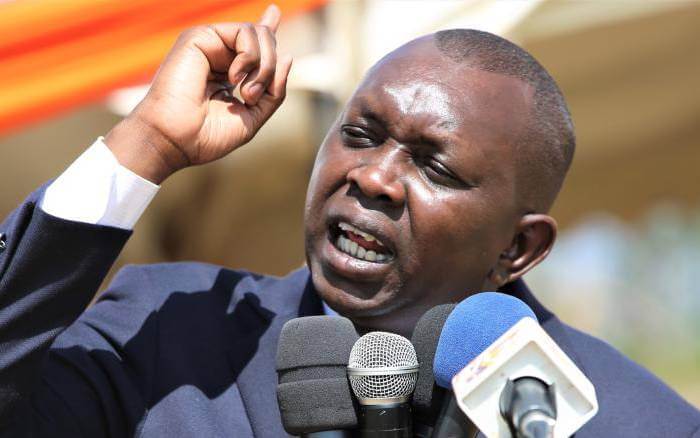 Oscar Sudi was briefly detained as his luggage were scanned after officials at the Airport insisted.

Sudi during the time was in a company of Tanzanian politician and former Minister of Natural Resources Lazarus Nyalandu and British businessman, Michael Spencer.

Sudi had flown from Eldoret to Nairobi in a private jet tail number 5Y SRI at 10:00am. However, drama ensued after controversial MP refused to follow Airport guidelines and insisted on his entourage pass through VIP lounge instead of domestic arrivals.

The standoff between security and Sudi forced the MP to give in and joined others in the normal arrivals for screening.

Sudi is not shy of showing his powers and this is the second time he is getting into scuffles with Wilson Airport.

Last year in the company of Deputy President William Ruto, he faced challenges of flying to Uganda with Turkish businessman, Harun Aydin.

DP Ruto was stopped from flying to Uganda in which the govt said he had to seek clearance from his boss, President Uhuru Kenyatta.