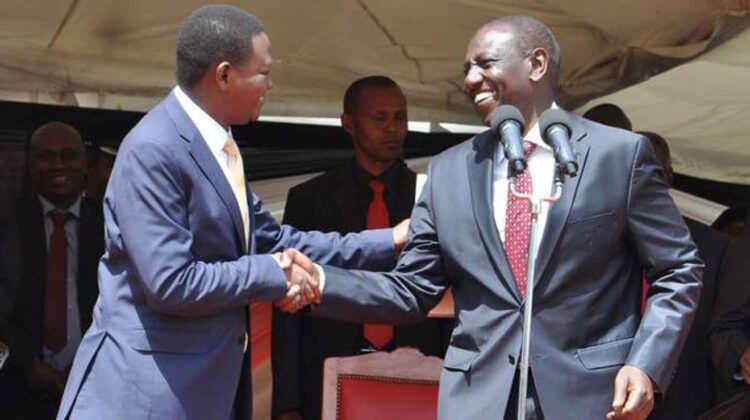 “We have joined Kenya Kwanza, the coalition led by Deputy President William Ruto and this is where we feel safe,” he told a news conference.

The second time governor says he made the decision after Azimio failed to make public the coalition agreement signed with affiliate parties, despite his threat to file a case in court.

“As you can see, tumefukuzwa Azimio, (we have been kicked out of Azimio),” he said, “you cannot sign a contract and no one gives it to you,” he said.

Allaying fears of trusting DP Ruto, he promised he will make sure he doesn’t do anything wrong.

“You can be well assured, that the William Ruto you knew will not be the same now that he is with Mutua. Your fears are now allayed… I will make sure he doesn’t do any wrong,” Mutua added.