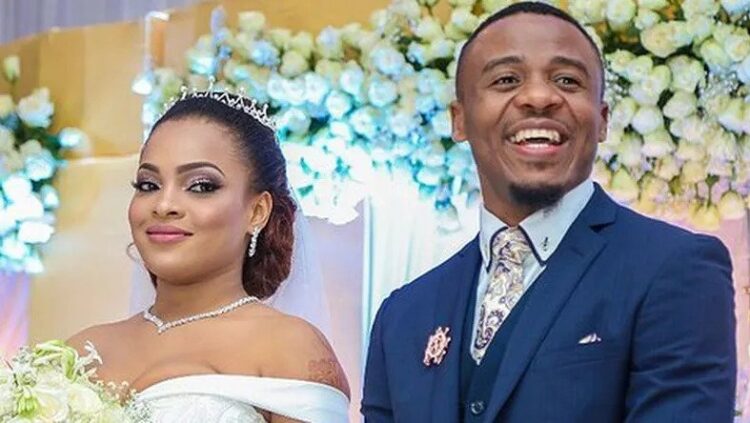 Bongo Star Ali Saleh Kiba alias Alikiba is a man in trouble as his Kenyan wife files for a divorce barely four years after marriage.

The two married under Islamic Law on April 19, 2018 in a glamorous wedding held in Mombasa, and later proceeded to live as a couple in Dar-es-Salam, Tanzania.

“The petitioner (Amina) delivered her first child on February 19, 2019 and as is the tradition of the Muslims remained at her family home for 40 days,” Amina’s petition reads in part.

The wrangles in her marriage started in her matrimonial home as she never saw eye to eye with Alikiba’s relatives.

In the affidavit, Amina says that Kiba has not been consistent in providing for her and their child.

The two had been rumored to have separated in 2020 before they had their second born in May 2021.

Alikiba on the other side had revealed that indeed they had problems in their marriage and it was something normal for any couples.

“It is true that my wife and I are currently having a misunderstanding. This is a very normal occurrence in marriage and because of this, I have not disowned her as my wife even once. People should not always rejoice at others’ difficult moments or is it because they are just jobless and have nothing to do. Keep in mind that there is nothing that God brings together and He does not bless,” he said.

But it seems they could not solve the issues and as a result the wife now wants monthly stipend for the two children.

Amina is demanding a Sh200,000 monthly for the upkeep of their two children. She also wants him to pay for a medical cover for his children.

She said Kiba did not provide any maintenance or prenatal care during her pregnancy and he never cleared hospital bill for the birth of their child.