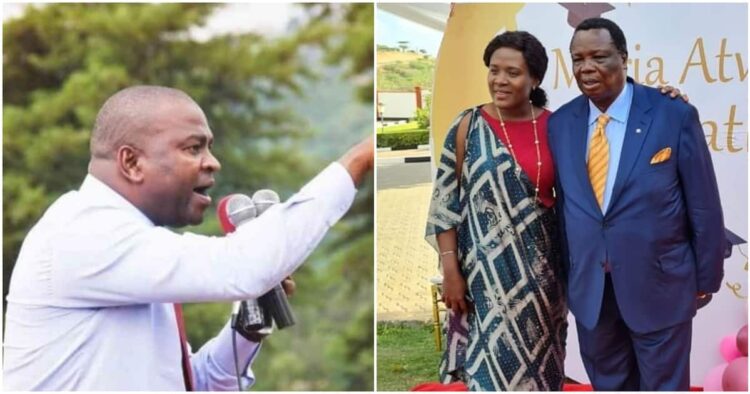 Echesa was speaking in a Kenya Kwanza Alliance at Amalemba Stadium, in Kakamega county, where Deputy President William Ruto’s team was popularizing his state house bid.

While responding, Kilobi blasted Echesa for what she said is “disrespectful! and totally unacceptable”

Mary also warned politicians for getting at her husband through her, something which has been witnessed before.

The angry Kilobi asked politicians to sell their agenda without having to drag people through the mud.

DP Ruto side has been fighting SG Atwoli for his endless prediction of August polls. Atwoli is of the opinion that DP Ruto is not worthy of a leader and will not defeat former Prime Minister and ODM leader Raila Odinga.