Azimio is Not an Option For ANC- Mudavadi Tells Raila 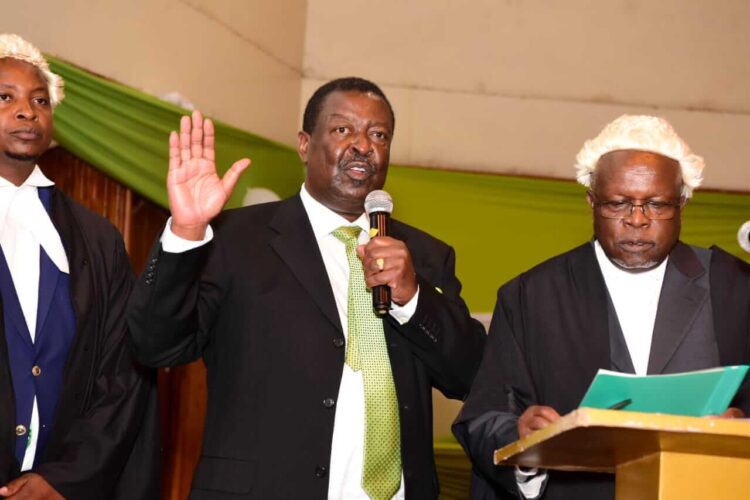 Speaking at ANC’s NDC, Mudavadi said that working with Raila Odinga’s Azimio la Umoja will not be an option ahead of the August polls.

“The ANC stand which I am privileged to announce is that the spector called Azimio, is not an option when it comes to partnership,” Mudavadi said.

“We have had enough of this self preservation schemes, tumechoka. Enough is enough,’ Musalia Mudavadi added.

Mudavadi was launching his presidential bid at the Bomas of Kenya where his party endorsed him as the flag bearer.

Gideon Moi and Kalonzo Musyoka stormed out of the event moments after DP Ruto arrived.