No Result
View All Result
Home Health and Lifestyle

by Enock Bett
in Health and Lifestyle
0 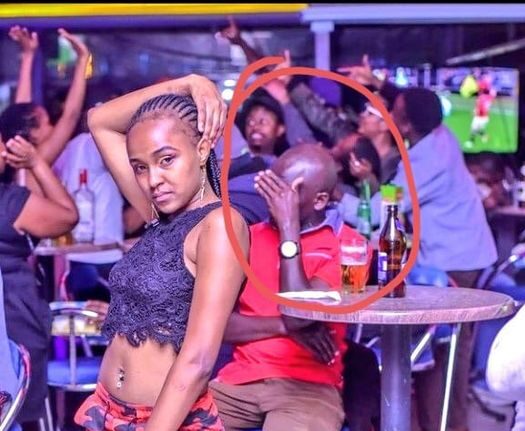 The modern-day obsession with photographing every detail of happy and sad occasions such as birthdays, funerals, graduations, weddings, and other events has been on the rise lately, and as if pregnancy belly growth photography was not enough, the same has been extended to the night clubs, a place, many would have preferred to have the advantage of privacy while partaking of their enjoyment in song and dance.

We have become less anonymous, funless, and absolutely cautious of what we do because you don’t know when or whence a camera flash would appear. From my standpoint, there is nowhere to run to for privacy, shutterbugs in private and government offices, shutterbugs in matatus and planes, shutterbugs in restaurants, and now shutterbugs in clubs. At the moment, the freedom to do whatever one wishes to without judgment is no longer there for most of Nairobi’s drunken revelries. This is because the very event management has discovered the art of social media marketing. Almost every city nightclub has adopted the emerging social trend, and are focusing on creating their own networks, fostering new communities, and becoming relevant participants in the world of social media. They have hired professional photographers, graphics designers, and digital managers to share the captured photos of their revelers in attempts to prove how their respective party experiences are.

While this is good for their business, it is turning out to be a very fatal scare to their customers who now feel robbed of their privacy and openness to act without a façade. Turns out, Sabina Joy might just the only nightlife club in Nairobi that still offers its customers that privilege. The management strictly prohibits photography and they enforce it so seriously that you can be thrown out if spotted trying to take photos. The bouncers are always active. Now, whether or not the club cares about the privacy of customers because of the nature of the business that happens there, is not my concern, at least you are protected. Also, just so you don’t start to drag me along, I have never been to Sabina Joy, but I know one thing about it, and that is; you aren’t allowed to take photos inside. I learned about it on Twitter.

Honestly speaking, photography in clubs is making people miss what is happening right in front of them. It is a big distraction and clubs should now find ways of doing their marketing without taking photos of the customers. Already, thousands of Kenyans on social media have expressed their displeasure with the whole thing of club photography. A tweet I made in protest of the same has garnered over 3,500 likes and a combined 800+ in retweets and reactions with impressions hitting 500K. This shows you many are scared of popping up on social media, which might cost them jobs, family, or dignity. Some have even joked that they are worship leaders in their churches and would be embarrassed if church members saw them on the club’s platforms.

While I understand some ask for your consent before photographing you, I don’t believe a person who’s under the influence of alcohol in a noisy place would make the right decision, besides, it can’t be guaranteed that if a photo is taken maybe someone in the background would also want to be in it or would be taken in such a way that it doesn’t capture them. It is a crowded place, you know. But I also find it absurd for a club to allow the taking of photos and videos. You really will not be able to know who took the photos of you later when you find yourself trending on social media. I think it’s time people get kicked out of the club for snapping a picture and asked to delete them if we have to care about the privacy of others.

The no-photo policy will save many of their hedonism by preventing a lot of unwanted pictures from leaking since someone will always manage to break the rule at some point, anyway. Hopefully, clubs will rethink this and find the best ways to execute it without harassing them. It will be even more beautiful if every party-goers reduced their phone time in the clubs and focused on the moment.

[Kindly note that the views expressed here are entirely my own and do not reflect the opinions and beliefs of Habari Leo or its affiliates.] 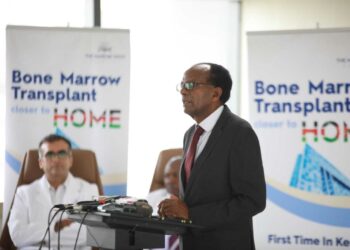 The Nairobi West Hospital has launched the first Bone Marrow Transplant Unit in Kenya that provides a broad range of...

What Next for Sexual Health, Pleasure, And Well-being?