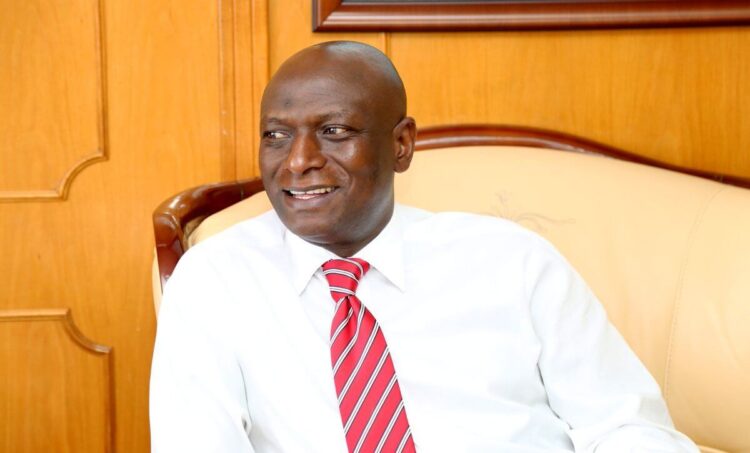 Devolution CS Charles Keter and his Petroleum and Mining counterpart John Munyes have resigned to seek political seats ahead of August polls.

Speaking in a media briefing at around noon today, Charles Keter tendered his resignation and thanked the president for trusting in him in the Energy and Devolution dockets that he has held in the Jubilee government.

Keter is plotting a comeback to politics with his eyes set on succeeding Governor Paul Chepkwony of Kericho County.

Petroleum CS John Munyes on the other side has resigned to focus on his bid to become the next Turkana Governor.

The resignations of CSs, PSs, and CASs comes days after a directive from the Independent Elective and Boundaries Commission (IEBC), civil servants seeking political positions have twenty-four hours to vacate their positions.

All civil servants seeking political positions must resign by February 9, six months before the upcoming general election on August 9th, according to the IEBC.

At least seven Cabinet Secretaries in President Uhuru Kenyatta’s administration have political ambitions at the moment.

Now a huge task is in President Uhuru Kenyatta’s hand as he will need to appoint members to act in office before the August 9 elections.