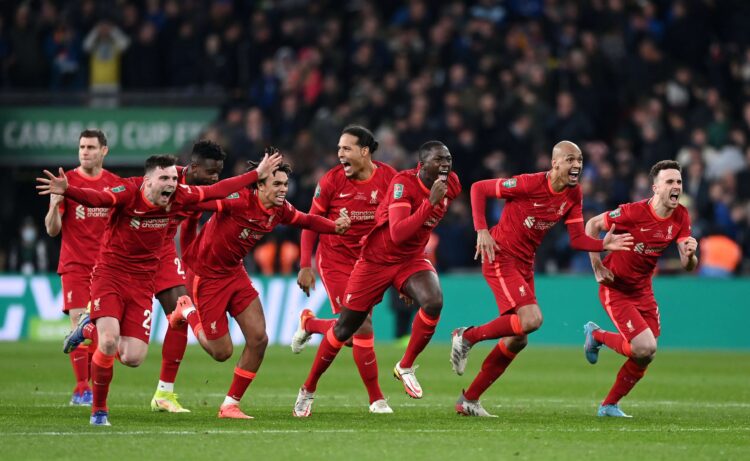 Liverpol quenched their 10-year dryspell having won eight times with the most recent being 2011-2012 season.

The game which was marred by drama and exciting moments went to the Reds after penalty shoot outs.

The penalty shoot outs was full of tension as all players converted the opportunity into classic goals.

The defining moment came when the goalkeepers took their shots. Liverpool’s Kelleher aimed into the top corner while Kepa Arrizabalaga missed.

Liverpool are crowned the winners of the cup.

Here are the highlights of the game and uncertainty in Chelsea leadership.

The game started off well with both teams showing off their prowess by providing goalscoring chances.

Liverpool showed their chance of winning in their second half of the stoppage time when Mane headed the ball across and Joel Matip bundled it to the net.

The goal was chalked off because van Dijk was blocking.

In the first half of the added time, Chelsea had the ball in the net after a strong run and bit of physical play from Lukaku. But he was correctly ruled offside.

Chelsea increased their pressure and yet again the ball is in the net! But the goal is denied, again, as Harvertz was offside.

The bold Liverpool held their ground which saw the match extend to penalty shootout.

Chelsea fans today were in dilemma as boss Roman Abramovich faces hurdles in the UK.

Roman Abramovich has dramatically relinquished the running of Chelsea in an attempt to distance the club from the controversy surrounding him as a result of Russia’s invasion of Ukraine and calls for him to be sanctioned.

Abramovich will remain as Chelsea’s owner and, providing he is not sanctioned, can still invest money into the club. But he has handed the running and decision making to the trustees of the club’s charitable foundation.

“During my nearly 20-year ownership of Chelsea FC, I have always viewed my role as a custodian of the club, whose job it is ensuring that we are as successful as we can be today, as well as build for the future, while also playing a positive role in our communities,” part of his statement reads.