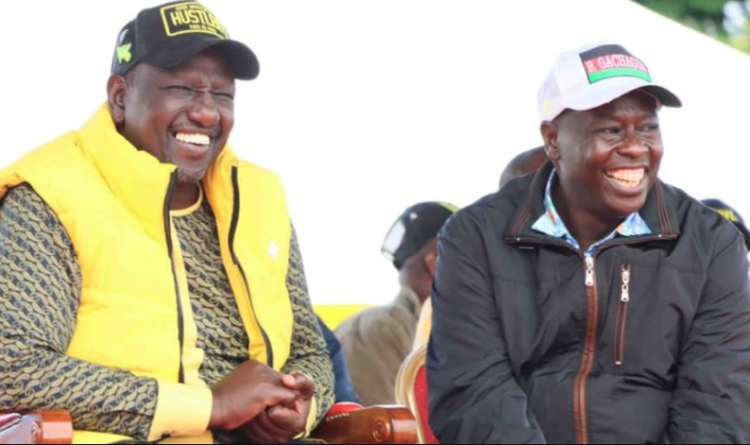 Deputy President William Ruto has named Mathira Member of Parliament Rigathi Gachagua as his running mate, bringing to an end months of heightened anxiety and speculation over his deputy choice.

There has been intense speculation about Ruto’s running mate, but the DP has been holding his cards close to his chest to avoid any premature disclosure that would hurt his allies.

The DP said he will sign an executive order immediately after he gets into the office that will outline the roles of the deputy president.

“The DP under Kenya Kwanza will perform real duty as assigned to him by the president,” he said.

MP Gachagua has thanked the DP for believing in him. In his speech, he assured Dr. Ruto that together they will work to heal the nation of Kenya and deliver on the Hustler agenda that they have always been pushing.