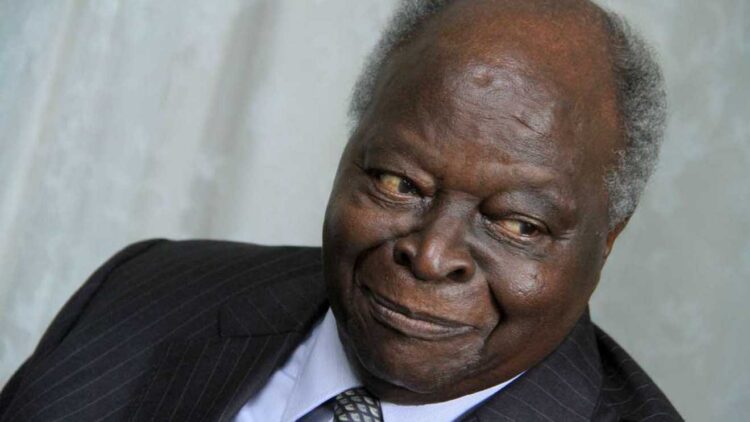 Former President, Mwai Kibaki has passed on at the age of 90.

Announcing the sad news, President Uhuru Kenyatta said that the former third president will be remembered because of the values he lived with.

“It is my sorrowful duty to announce to the Nation the passing on of H.E. Emilio Mwai Kibaki,” Uhuru said.

“We remember the values by which he lived, the ideals he embraced, his dignity and diligence, his candour and concern for the well being of all Kenyans,” he added.

Mr Kenyatta did not shy off mentioning his track record in the economy of the country under Kibaki regime.

“His contributions as minister of finance and vice president saw Kenya’s economy grow steadily fuelled by a commodities boom as well as fiscal and monetary policies that were the backbone of his economic philosophy,” he said.

Kenyatta also declared a period of mourning, including the flying of flags at half-mast until a state funeral is held for Kibaki.