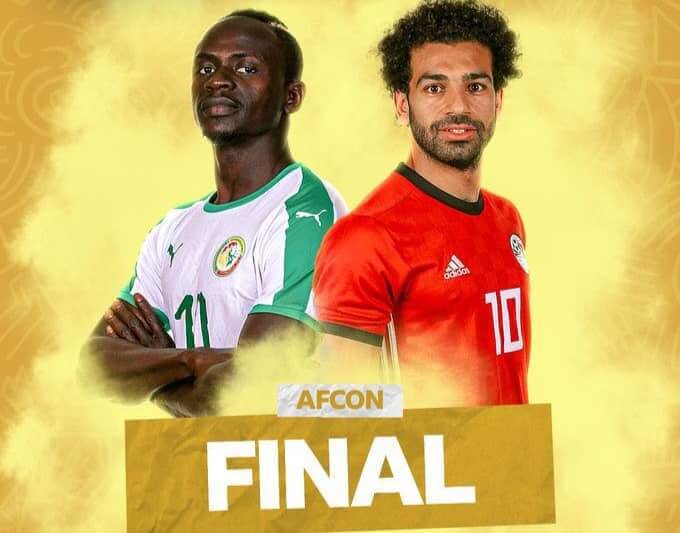 UPDATE: Senegal have won their first ever Africa Cup of Nation (AFCON) tournament.

The Lions of Teranga make history after losing 2019 AFCON final edition to Algeria.

This is the third time Senegal are reaching the finals. In 2002 Senegal lost to Cameroon at the shootouts with 3-2.

Senegal reached their second finals in 2019 but the West African country was defeated by Algeria.

In 2022, Feb 7, Senegal took advantage of the poor penalty shots by Egyptians and Sadio Mane put the nail on his goal stamping the Lions of Teranga’s victory.

Here are Live Updates of Senegal vs Egypt.

Hello and welcome to the African Cup of Nations (AFCON) final where we bring you live updates.

Senegal face Egypt in what has been considered as ‘war’ because two Liverpool stars, Mohammed Salah and Sadio Mane meet.

In their previous meetings, the Pharaohs have won six of the 12 meetings, with Senegal coming out on top on four occasions.

The drama begins, two African giants to square out, who are you rooting for?

There was early drama at the 8th minute after Senegal were awarded an early penalty as Egypt defender Abdelmonem brought down Senegal full-back, Ciss.

Sadio Mane stepped up to take the penalty but sees his shot saved! Relief for the Pharaos as they gear up for the trophy.

Ismaila Sarr is creating more chances for Sadio Mane but Liverpool forward has not been able to convert them into goals after missing penalty.

Salah gets first shot on target as he displays effective trick but Eduard Mendy saves it.

Mane is fouled by two Egyptian players in the middle of the pitch. Fathi booked.

No changes for both teams

The second half has started with a lot of pressure on the Pharaos. Egyptian goalkeeper saves two consecutive shots on target.

The two teams are fighting neck to neck with no success so far. Ten more minutes to go.

Sengalese forward Sadio Mane given a Yellow Card after leg challenge on Egyptian.

Who could save us from going for an extra time?

Goalless draw at the normal playing time. Senegal and Egypt go for an extra time.

Both teams are pushing hard and many goal-scoring chances have been created.

It’s a do or die for the Lions of Teranga and The Pharaos!

What a save from Mendy!

No goals have been scored so far and the second half of extra time is over. Time for penalty shootouts with Eduard Mendy and Gabou Abal are goal keepers.

Oh no! Gabaski saves! They are now level