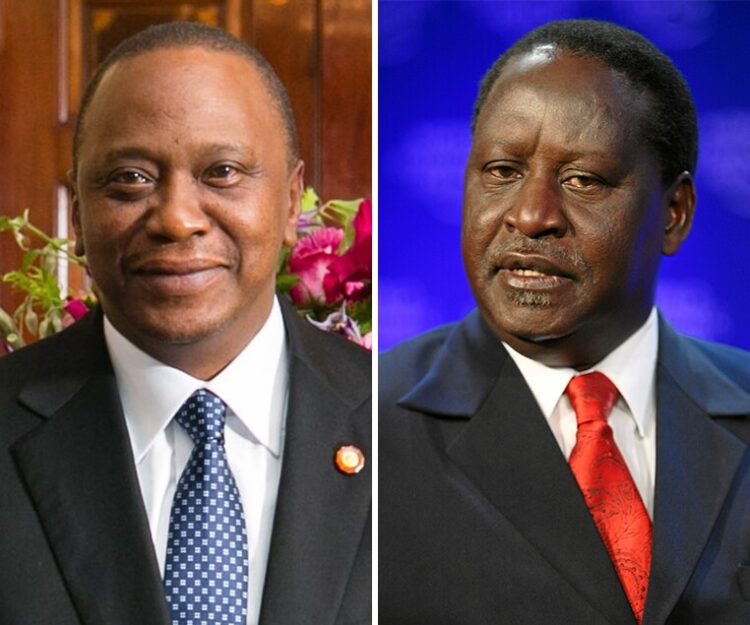 “Let’s hold the old man’s hand and if the other young man also reforms, I have not stopped anyone from supporting him,” he said.

In a metaphoric speech, he said that an old man can see when seated what a young man cannot see on a hill.

“An old man on a stool sees further than a boy on a tree. Let me stick with the old man (Raila) who I can talk with.” he added.

Taking a jibe at his deputy, Kenyatta said that he stopped working for Kenyans and billions allocated to many projects were looted.

Uhuru Kenyatta stated that the Arror and Kimwarer Dam billions were used to fund political careers and distributed in churches as part of fundraisers. He adds that church leaders have been taking the proceeds of crime to defend the said thieves

Uhuru also declared support for small political parties that have been formed in the Mt Kenya region. He acknowledged that the leaders are afraid of joining big parties because of what happened to small parties in 2017. He urged the small parties to join the coalition which is supporting Raila Odinga.

Raila Odinga will be popularizing his presidential bid using Azimio la Umoja, an outfit supported by ODM and Jubilee parties.