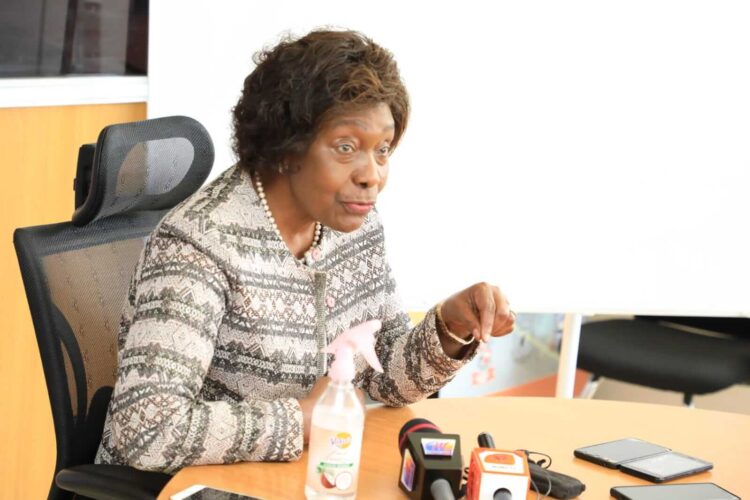 Amani National Congress (ANC) party convened an NDC at the Bomas of Kenya Sunday afternoon where its members endorsed party leader Musalia Mudavadi as the flag bearer ahead of August polls.

ALSO READ: Azimio is Not an Option For ANC- Mudavadi Tells Raila

The event was marred with drama after One Kenya Alliance (OKA) principals Gideon Moi and Kalonzo Musyoka alongside ODM presidential aspirant Jimi Wanjigi walked out of the event after realizing Deputy President and his United Democratic Alliance (UDA) team were attending.

They are said to have changed their minds at the last minute following reports that the DP William Ruto would be there.

Taking to Twitter, Charity Ngilu said that the leaders did the right thing by walking away from politics of deceit.

“Well done @skmusyoka and @MoiGideon for running away from the politics of deceit,” shw tweeted.

Ngilu has been castigating DP Ruto and his Bottom up approach. On Saturday Jan 22, 2022, Ngilu warned Ruto against talking ill of Wiper leader who she said is the Ukambani kingpin.

This was after Ruto said in his Makueni tour that Kalonzo was losing hair because of supporting Raila Odinga and that he has realised he is being used.

DP announced that he is uniting with Musalia’s ANC and FORD-K and set to start campaigns next week in Nakuru.