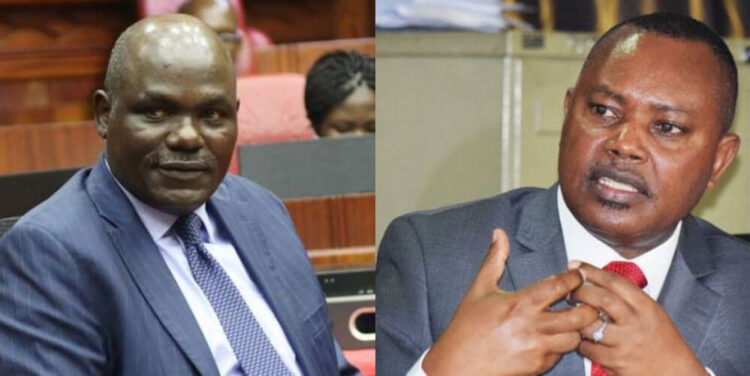 The Independent Electoral and Boundaries Commission (IEBC) and Director of Criminal Investigations (DCI) have clashed over arrest of three officials.

The IEBC decried manhandling two officials and another one as soon as they landed in Kenya.

In a comprehensive report, IEBC said an official was detained upon arrival and two colleagues sent to see them was also put in custody.

“Other than the person who had been arrested at the Airport, the security officers also arrested two other personnel who had been working for the Commission and had gone to check on their colleague. This brings the total number of the arrested personnel to three,” reads statement in part.

Chebukati added, “Whereas the impression created by the press release is that the personnel have been released, their release was conditional as they have to appear before the OCS AntiTerrorism Police Unit on 26th July 2022 which inevitably affects the performance of their duties.”

The claim, however, was refuted by DCI stating that the mentioned unit is not under them called ‘OCS Antiterrorism”.

“The Directorate of Criminal Investigations takes with great exception, today’s statement dated July, 22, 2022, issued by the Chairman of the Independent Elections and Boundaries Commission (IEBC) Wafula Chebukati, to the effect that three IEBC officials have been detained by ‘OCS ATPU‘.

“The Directorate hereby clarifies that no such persons have been detained; or any other person working for IEBC anywhere in the territory of the Republic of Kenya.”

The DCI has also informed the public that the information from IEBC is false and misleading and promised to give a comprehensive report later on Saturday.