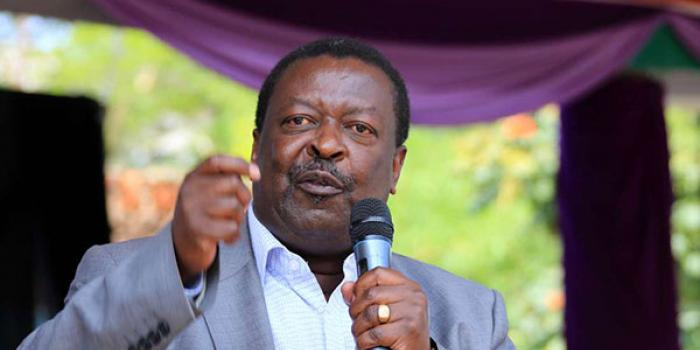 Mudavadi said the labor sector is in turmoil and is inviting ICU. [Google Photo]

ANC party leader Musalia Mudavadi, while launching his presidential bid at the Bomas of Kenya, Nairobi, took a swipe at the Central Organization of Trade Unions’ boss, Francis Atwoli over what he termed as a corrupt leadership. The very unforgiving Mudavadi said the labor sector is in turmoil and unceasingly ‘inviting ICU’. His sentiments left the crowd roaring as they chanted, “Atwoli must go!”

“It is tragic that the robust labor movement that played a stunning role in securing Kenya’s independence has been vandalized and cannibalized by clueless and clownish self-serving leadership. Under my watch, the labor movement is going to regain its sense of purpose and respectability as the middle house between employers and their employees,” said Mudavadi in his earthquake speech.

Mudavadi went ahead to question the trade unionists’ wealth assuring that his government if elected, will redeem the labor movement from the clownish leadership that has been dominated by a few people who ‘openly boast and display the trappings of massive opulence whose sources remain mysterious.’

While responding to Mudavadi’s remarks in a tweet, Francis Atwoli said Mudavadi, in 1994 while Minister for Finance, sneaked in the redundancy clause into the Finance Bill of 1994, as suggested by the World Bank, thus allowing employers to declare redundancy without consulting workers. He questioned how the ANC’s leader will empower workers. Atwoli further hit back at Mudavadi telling him that he’s not going to be president by befriending Ruto.

“He has ashamed the Luhyas by allowing Ruto to fund his NDC. As I said earlier, ANC and FORD-K are political commercial kiosks for Mudavadi and Wetangula. I will respond fully tomorrow,” Atwoli tweeted.