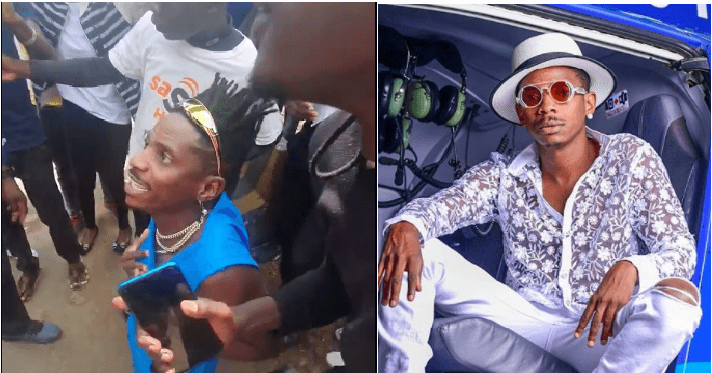 President of Comedy in Africa Eric Omondi has been arrested.

The bullish comedian was among the protesters near the Kenyan Parliament demanding law passed to play 75% of Kenyan music.

This comes days after he initiated an online campaign asking Kenyans to support local talent and help in revolutionizing the music industry.

This was in a wake of foreign artists headlining in Kenya with Nigerian musicians taking over Kenya.

The latest was Adekunle Gold who was performing alongside heavyweights; Otile Brown, Fena Gitu, and Nyashinski.

Eric Omondi was pushing for a Kenyan artiste to close the show, a sign of supremacy and a show stopper.

On Tuesday, he took the debate to parliament where he is demanding a law to have all media stations and entertainment joints to play a bigger percentage of Kenyan music.

In the protest, he was bundled up into a waiting land cruiser.