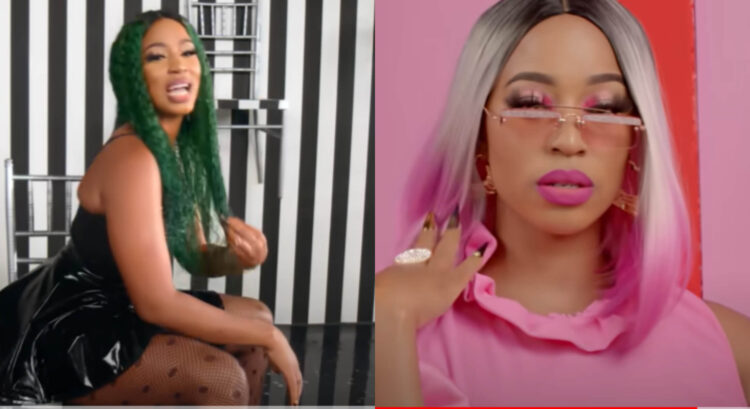 Diana Marua shocked the entertainment world after dropping her debut rap song which is a spin-off of Mtaachan Tu by Bahati.

With Diana Marua joining the competitive industry, she says she charges Ksh 850,000.

If this is anything to go by, then she joins other established artists like Sauti Sol, Akothee, Bahati, Khaligraph Jones as the highly paid musicians in the country.

However, fans were quick to castigate her for being overly priced and she just started her career and is not equally ‘talented’.

Diana Marua is now unstoppable and has hinted on dropping another song after the success of Hatutaachana.

How did you feel about her first song?