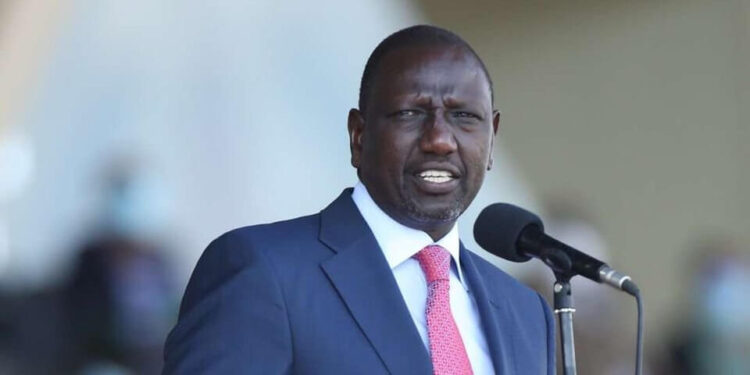 Deputy President and United Democratic Alliance (UDA) party leader William Ruto has declared that his political outfit will unite with that of Amani National Congress (ANC) and FORD-K.

Speaking at the Bomas of Kenya where ANC leader Musalia Mudavadi was announcing his presidential bid, DP Ruto said he is willing to work and walk with other parties ahead of August polls.

“We will work with ANC, Ford Kenya and all other parties that want to walk this journey of bringing Kenyans together,” DP stated.

Ruto exuded confidence in Musalia’s approach of economy of ‘Uchumi bora pesa mukononi’ mantra and that UDA’s Bottom up can be a better match.

“The only 2 candidates who have identified economy as the place to begin from is ANC and UDA. The coming together of the two will have a chance to deal with the challenges facing our nation. Hustlers need uchumi bora which must start at the bottom,” he said.

“We are going to raise the bar and standards of leadership so that deceit and conman ship doesn’t become part of the equation of leadership in Kenya. Kenya must belong to everyone and not a preserve of a few in power,” he added.

DP Ruto also revealed that the team they are building will start nationwide tour starting nextweek to popularise their union ahead of August polls.