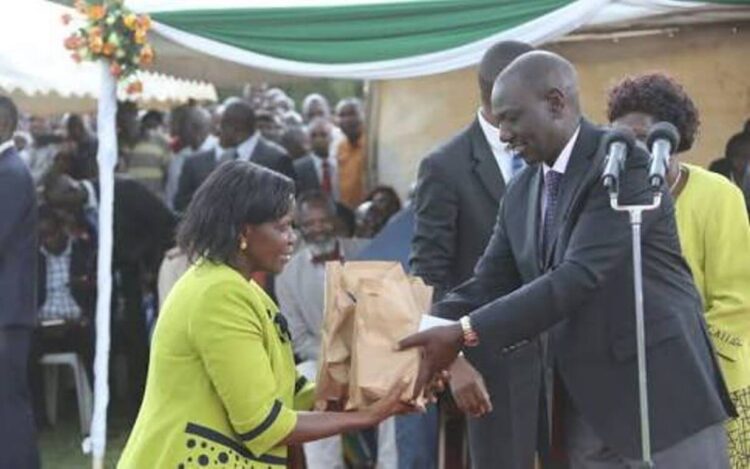 Deputy President William Ruto has ended his harambees and fundraising events in places of worship for a better part of 2022.

While speaking in a church service in Vihiga County, the second in command announced that he will be stopping the donations until after elections, 9th August.

This comes days after Independence Elections and Boundaries Commission (IEBC) announced that politicians should stop doing harambees during the campaign period.

“Pursuant thereof, aspirants cannot participate in fundraising either by themselves or proxies within eight months to the election,” Chebukati said on December 2021.

Section 26 of the Elections Act provides that a person may be disqualified if he or she directly or indirectly participates in any manner in public fundraising or Harambee within eight months to a general election or during an election period.

DP broke the hearts of Emuhaya church members who were hoping the ‘heavy giver’ would bless them with millions for constructions of the place of worship.

“I have heard about your plan for the construction of your church. I know you guys when you see me you remember that I am a man who builds churches.

“Today we will not be contributing to the church building because the elections law does not allow it. But once the exercise is over, I commit myself that we will come back and ensure the completion of the church is done,” he said.