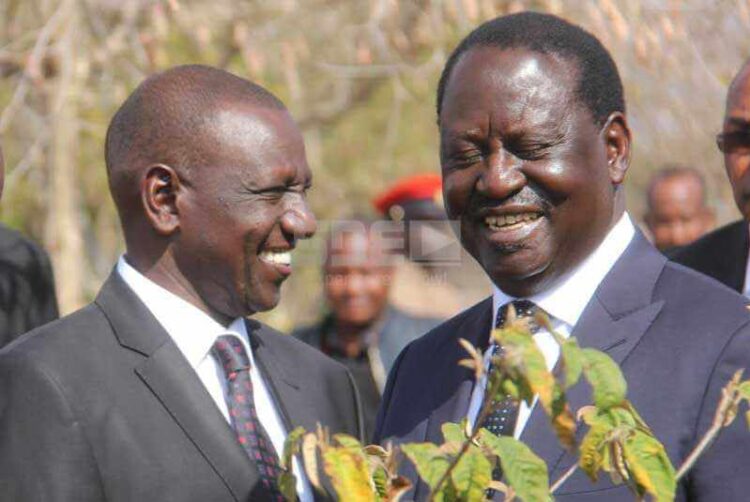 The birthday comes as Raila fight to replace President Uhuru Kenyatta whose term in office comes to an end on August, 2022.

Raila Odinga and DP Ruto go way back to 2007 when they were in a coalition that saw Kenya turn chaotic in post-elections violence.

Raila later abandoned DP Ruto and they became rivals, in 2013, Ruto joined Uhuru to fight Raila and his NASA team in the presidential elections.

The two have been name-calling each other in public rallies and events, but Friday, 7th of January 2022 was different for the two leaders.

DP wished Raila a happy birthday and went ahead to tag him for the first time in a while.

“Happy birthday Jakom. May you be blessed with many more. @RailaOdinga,” he tweeted.

His allies also buried the hatred they have for Raila and extended words of encouragement to Raila as he celebrates his birthday.