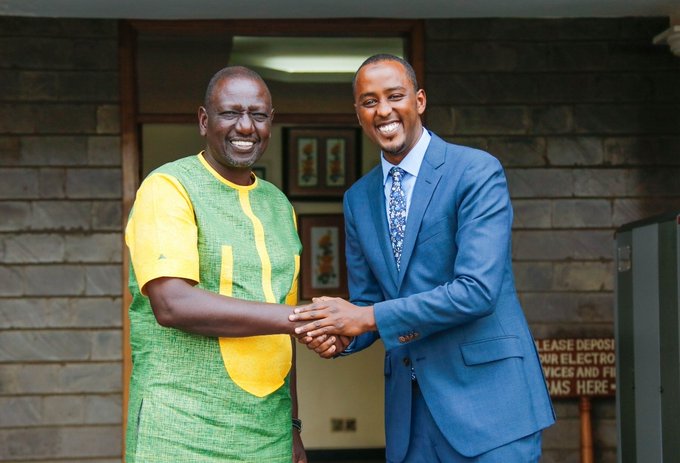 Deputy President, Dr. William Ruto has today appointed former Citizen TV news anchor, Hussein Mohamed, as his Head of Campaign Communications ahead of the August 9, elections. DP made the announcement through his official Facebook Page.

“Hussein Mohammed, a renowned TV journalist, has been appointed Head of Communications in the William Ruto Presidential Campaign. Welcome to the Hustler team,” said Ruto.

Mohamed was welcomed back to the limelight at the DP’s official residence in Karen after years of low public profile since he left his job at Citizen TV in October 2019. The celebrated political show host has been working as a communications consultant with NGOs.

Hussein shocked thousands when he suddenly announced he was leaving Citizen TV after about a decade. His entire academic and professional profile is not quite in the public domain but word has it that he attended Kanyakine High School in Meru County and thereafter joined Zetech College in 2011 to pursue his passion in Photography and partly in Journalism.