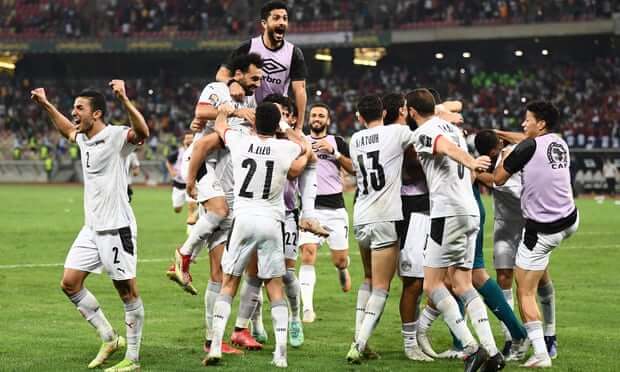 It was a defining moment as Mohammed Salah’s goal sent the Pharaos to the Quarter finals of the Africa Cup of Nations (AFCON) at Japoma Stadium in Douala.

Egypt had a hard time as opponents Ivory Coast who they have met for record 11 times in the history of AFCON couldn’t give in in thrilling display of African football.

The two teams held each other to a barren draw in the first and second half that prompted them to go for a an extra time of 30 mins.

In the penalty shootout, Manchester United defender Eric Baily missed his shot after Gabaski sticks up a strong hand and tips onto the post and away.

In a deciding moment, Salah thrashed the penalty into the bottom right, sending Sangare the wrong way, and now Egypt advance to the next stage and will face Morocco in the quarter finals.