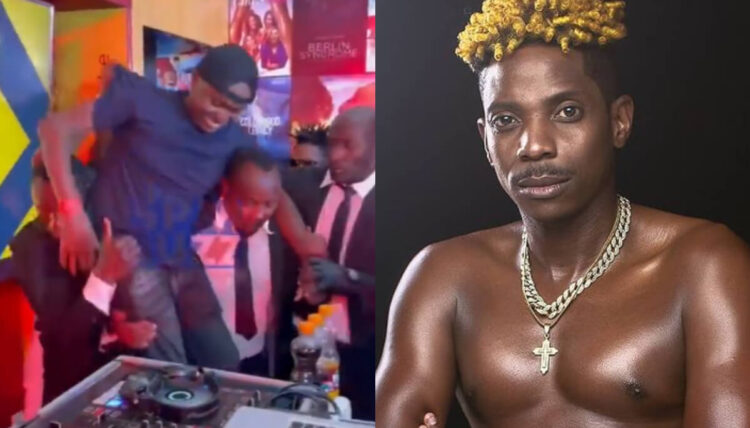 President of comedy in Africa Eric Omondi has continued to mobilize the revolutionary of the Kenyan music.

In a post on his Instagram, he whisked a Disc Jocker who he played foreign music for about one hour.

Pissed off at the DJ, he instructed bouncers to get him out of the DJ booth and said Kenyan music should get a bigger percentage of play.

Eric Omondi has been pushing for Kenyan musicians to be respected and at some point, he traded insults with Sauti Sol’s Bien for saying artists in Kenya are asleep.

A section of Kenyans agrees with Eric Omondi and they even mobilize rapper Nyashinski to perform last at the Destination Africa Festival’ where Nigeria’s Adenkule gold was performing.

He is of the opinion that no Kenyan artiste should curtain raise for any foreign act when they are equally talented and have a good catalogue of hits.