Exposed! Plans to Block The Livestreaming Of Presidential Poll Results 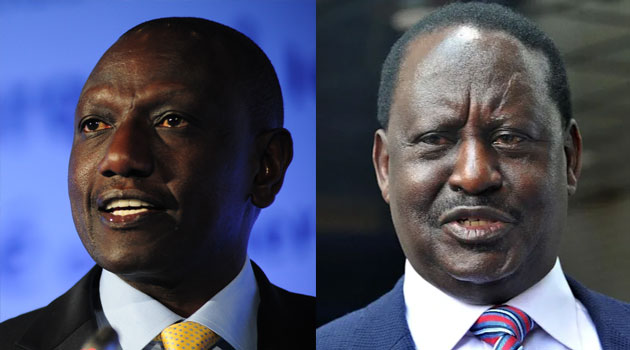 DP William Ruto and former PM, Raila Odinga, will be battling for their souls in the August Elections.

A proposed amendment to the Elections Act is set to block all online platforms and television stations from live-streaming the presidential election results.

The Elections (Amendment) Bill 2022, which is currently before Parliament, despite making it difficult to alter the results of a Presidential election as announced at the polling stations, the barring of the transmission of the presidential results will be very critical as the country head to the August elections.

The Bill is sponsored by the government was tabled in the National Assembly on Wednesday and also seeks to have the decision of the High Court on an appeal on the election of a Member of the County Assembly (MCA) to be final.

Already, Belgut MP Nelson Koech and his Soy colleague Caleb Kositany, who are known to be strong allies of DP Ruto, have vowed to rally their other colleagues to defeat the Bill or “in the unlikely event it goes through” will seek redress at the High Court.

Read Also: How Ruto, Mudavadi and Wetangula Plan to Share Power After Election

“This Bill is mischievous. If they are for a credible, transparent process, why shut out the media from streaming live the presidential election results. We are not for this,” Mr. Koech told the Nation.

On his part, Caleb Kositany said the proposed bill might be an attempt by a few people to rig the elections.

“I am smelling a rat. These people want to rig elections. We will not allow the media and other online channels to be shut out in the live streaming of the presidential election results,” said Mt Kositany.

The law is requiring  IEBC to facilitate public information which is to establish a mechanism for the transmission of results as announced at the polling stations.