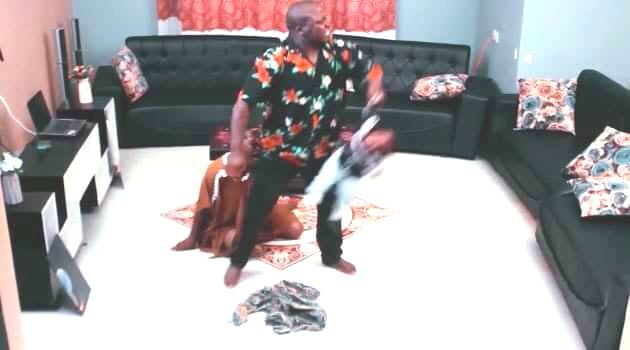 A video of a man tossing a baby against the wall has been a center stage of discussion in Kenyan social media with many condemning the coward act.

According to reports in some local dailies, the couple was engaged in a nasty fight that saw the man beat wife and tossed the baby against the wall.

The video was widely shared in Kenya with netizens alleging that it was from a CCTV footage of a 23-year-old man from Murang’a County who killed son.

The man had accused the lady of infidelity and that their four-month-old boy was not his. The reports further indicated that the baby later died and that the man was arrested.

However, our team at Habarileo has checked it further and has found that the video is not real, but is a trailer to upcoming Swahili Movie from Tanzania.

‘This trailer for the film ‘Sitamani Kuolewa Tena’ is a fictional story not related to any real event. and to frighten and grieve all that has been done for the purpose of conveying the message we call on the community to oppose such atrocities as seen in this film and never let such incidents happen in our communities let us unite together to end violence,” Swahili Movie shared on Youtube.

Kenyans can now breathe a sigh of relief and some have taken to the comment section to share their part of the story.

Peter Macmuri: The pain that this short trailer has caused here in ???? is un compensable.

Madelene: Thank God it’s a movie! I almost had a heart attack! Still too rough for such a small baby!

Grace Wambui: From Kenya?? we have cried rivers thinking its true

Moses Kuria: I demand compensation for the damage, a clip from this movie caused…. I almost cried. Niliskia as if it was my little daughter who was being tossed