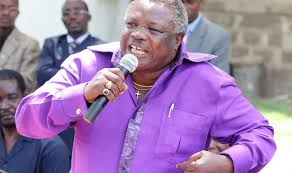 Central Organization of Trade Union Secretary General Francis Atwoli has revealed why he will not leave Baringo Senator Gideon Moi in One Kenya Alliance (OKA).

Atwoli was speaking at the peak of Azimio la Umoja campaigns in Kasarani Stadium. The campaign which have now covered the whole country will see Orange Democratic Movement (ODM) leader declare his presidential bid.

Raila Odinga was joined by foreign dignitaries, politicians, and Kenyans from all walks of life as he is set to make his big announcement.

The ODM boss had invited the OKA principals but two leaders snubbed him citing other engagements.

ANC Party leader Musalia Mudavadi told the ODM boss that he will be busy but wish him well in his big day.

“I have just received an official invitation to Azimio la Umoja Convention. As noted herein, the invitation was addressed in my personal capacity as ANC Party Leader and not OKA Principal. Regrettably, I will not be able to attend because of personal engagements. Raila Odinga is a worthy competitor, I wish him well because tomorrow will clearly be his day in the sun,” he stated.

Wiper leader Kalonzo Musyoka on the other side is out of the country visiting Juba where he interacted with Vice President in Juba.

For Gideon Moi, he attended the event and what he said is pay back for what Raila did when he graced OKA event last month.

COTU SG Francis Atwoli said he will take Gideon along with him so as to fulfill the late Daniel Arap Moi’s promise of not leaving his son behind.