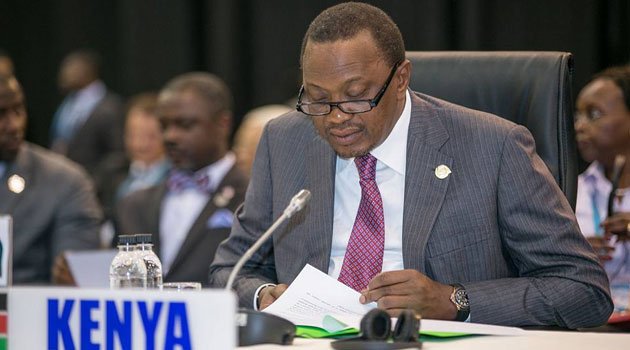 President Uhuru Kenyatta during the 2015 Climate Conference in France.

As Uhuru Kenyatta approaches the end of his term as the President of the Republic of Kenya, these tweets about his frequent foreign visits are still funny. He had just returned to the country in December 2015 after being on a trip abroad that included a summit in South Africa, a climate conference in France, and a Commonwealth meeting in Malta. He was due to travel to Rwanda later that week.

Kenyans on Twitter through a trending hashtag #UhuruInKenya ridiculed him as a foreign leader making a fleeting visit to Kenya. According to them, he wasn’t the country’s head of state, but a visiting one. They shared photos, videos, and tweets that indeed highlighted his “visit” to Kenya and how the country will ‘benefit.’

Here are the top tweets we picked from that 2015 conversations:

The then Presidential spokesman, Manoah Esipisu, defended Kenyatta’s foreign trips at a news conference claiming that the cost of travel was really nothing compared to the result the country gets.

“We cannot claim the leadership position we have in the region yet shun our obligations to deal with regional issues. As for the size of delegations, it would be folly to send two lawyers to Paris climate talks when other countries sent dozens,” Esipisu said.