Furious Atwoli Responds to Hussein Mohammed Over August Polls, ” He Should Address Me Correctly” 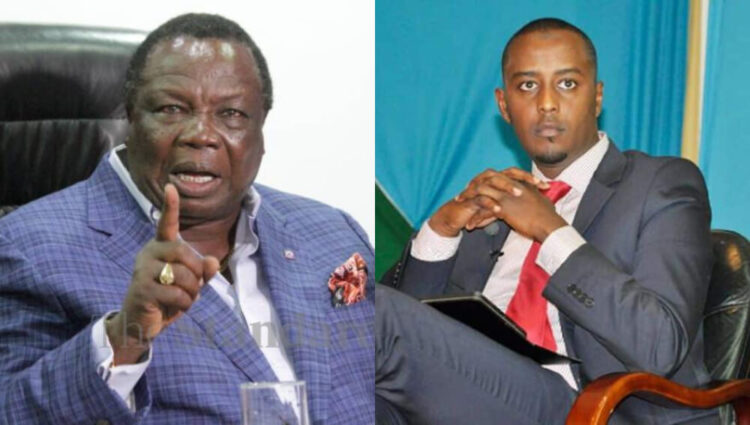 Atwoli was drawn to attention by a statement made by United Democratic Alliance (UDA) head of communications, Hussein Mohammed.

In a statement, Hussein blasted Atwoli who suggested that DP Ruto would commit suicide if he lost August polls.

While addressing the crowd, and in the presence of President Uhuru Kenyatta, the COTU boss called for the people in Sugoi to cut down trees to ‘stop the Second in Command  from hanging himself after losing the elections.’

“The remarks by ancient campaign expert Francis Atwoli, are completely unnecessary and go against the tenets of democracy. For Kenyans inflicted with violence and death including in the context of elections, this is not a laughing matter,” read the statement in part.

“To use suicide as humor in electioneering, at a national health function attended by the Health Cabinet Secretary and presided by the Head of State and consequently finding it funny, is a demonstration of just how far these elite are from the realities and struggles of the Kenyan Hustler,” he added.

“Somebody should tell Hussein Muhamed that Iam COTU(K), Secretary General I have an office and I have no office in Azimio. He should address me correctly if he’s to help JUDA,” he commented.