by HabariLeo
in Politics, Entertainment
0 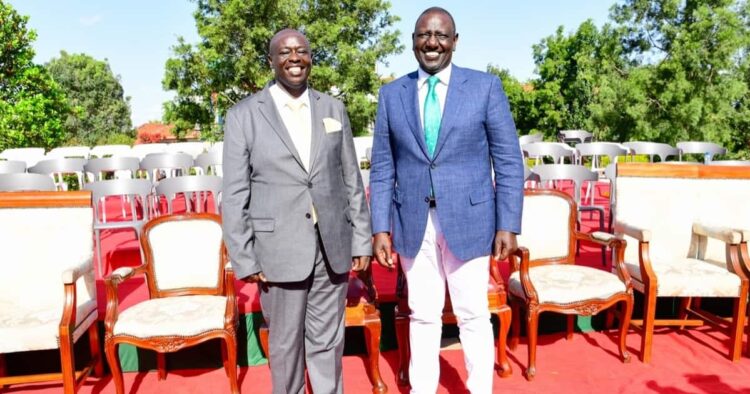 It is no secret United Democratic Alliance (UDA) running mate Rigathi Gachagua has rubbed fashion police the wrong way for quite sometime now over his style of clothes.

For the outgoing Mathira MP and now the next deputy President in waiting, having a stylist is not something he considers.

Gachagua has been named the worst dressed politician in UDA and now his followers are asking him to consider hiring a better stylist as Ruto’s presidency beckons.

The 800M worth politician was Sunday afternoon on the receiving end after his ‘distasteful’ suit went viral.

He was attending a church service alongside pastor wife and Ruto’s family in Karen residence Chapel.