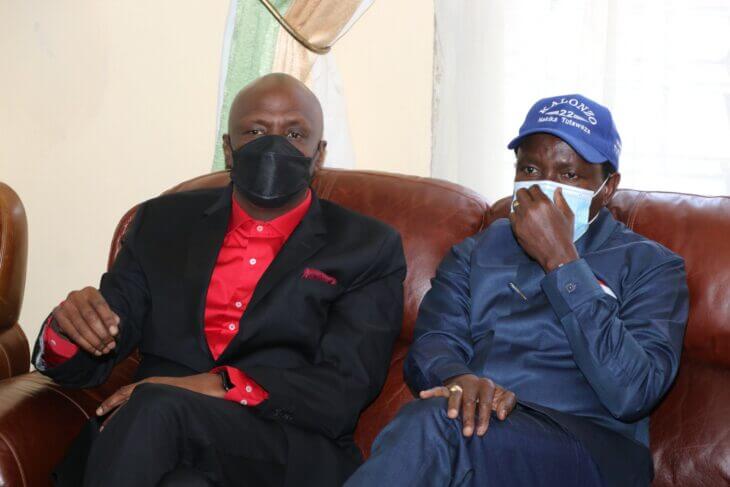 KANU chairman and Baringo Senator Gideon Moi has cleared the air on the allegations of ditching One Kenya Alliance (OKA) for Raila’s Azimio la Umoja.

Through a statement on social media Thursday morning, Gideon Moi allayed fears of leaving Wiper leader in the cold and said he is committed to OKA.

“KANU is firmly in OKA and we are united as a coalition. Our position is that our talks with Azimio and any other parties, must be structured, open and honest. Therefore, KANU has not changed its position whatsoever as reported by a section of the media,” he said.

Gideon Moi also added that the ongoing talks with Azimio and OKA orchestrated by Kalonzo Musyoko will continue as planned.

“We are committed to the cause of OKA and we are not about to deviate from that path until an amicable position has been attained in the on-going talks,” he added.

Gideon Moi was clearing the air after long serving Secretary General Nick Salat where he asked the party leader to leave Kalonzo if he is not making up his mind.

“The sentiments by Hon Salat including the declaration that the party will attend the Azimio Coalition NDC in Saturday, are therefore purely personal to himself and should not ne misconstrued to be that of the party,” the statement reads in parts.

Deputy President William Ruto’s camp has already invited Kalonzo Musyoka to Kenya Kwanza saying there is room for him and he won’t be mistreated.