“He Doesn’t Impress Me,” Cameroon Captain on Salah 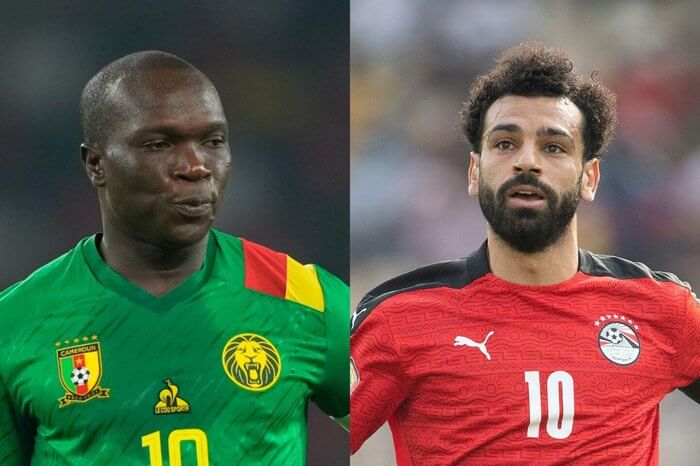 Speaking to Radio France, Aboubakar said the Egyptian scores goals but isn’t really a player who shows much in any match.

Praising France international Kylian Mbappe, Aboubakar said he is on a different level to the Liverpool forward.

“I’m not very impressed with him. I say it clearly because I am an honest person and I have my own way of seeing things. If he impressed me, I would say so. But he doesn’t impress me much,” he told RFI.

However, he didn’t dispute the fact that Salah who moved to England from Roma in 2017 is a good player who has helped the EPL side win games and trophies.

“He’s a good player, he scores a lot but he doesn’t produce a lot of stuff in the game. Of course he does good things in the Premier League because he’s been in a team for years,” he said.

“He’s having a great season in the Premier League, helping his country to advance in this competition (Afcon). I wish him a lot of luck. May the best man win,” he added.

Aboubakar’s team, Cameroon, did not extend their winning streak in the AFCON semi-final after facing the Pharaos who won 3-1 in the penalty shout out.

Egypt will now face Senegal on Sunday for the final and later on this year as they compete for the World Cup place in Qatar.