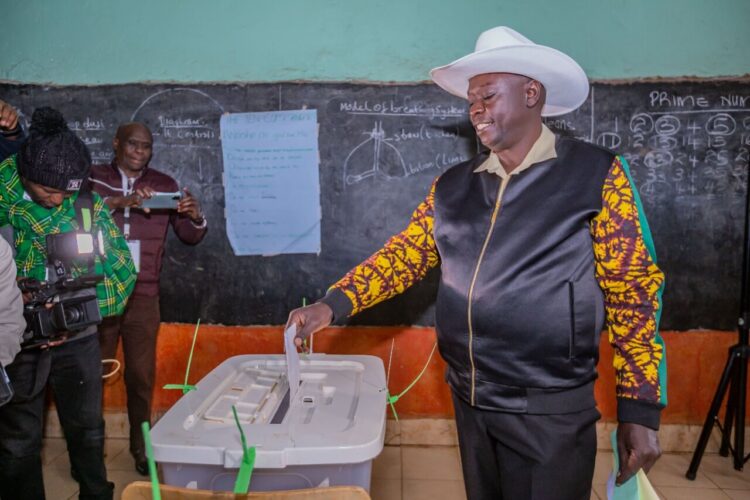 United Democratic Alliance (UDA) Running Mate Rigathi Gachagua has dispelled reports that the electronic voter identification, KIEMS kit, failed on him and had to resort to manual.

Responding to Nation Media and other sources that earlier on stated that the Independence Electoral and Boundaries Commission (IEBC) was forced to use manual voter register, Rigathi said that is just but a smear campaign against him.

‘Nation media you have ran a smear campaign with Kinoti for the last 3 years! Even as I voted in full glare of media you are running a false narrative that I was identified manually,” he posed.

He added, ” How low can you sink? You have lowered yourself to the level of gutter press and yellow journalism”.

Gachagua cast his vote Tuesday at the Sagana Primary School some minutes to 8 am and the IEBC kit developed some temporary hitches.

The hitches, however, have been experienced in different parts of the country and leaders are urging IEBC to work on it for smooth election process.