I am Disappointed in Mudavadi- Uhuru 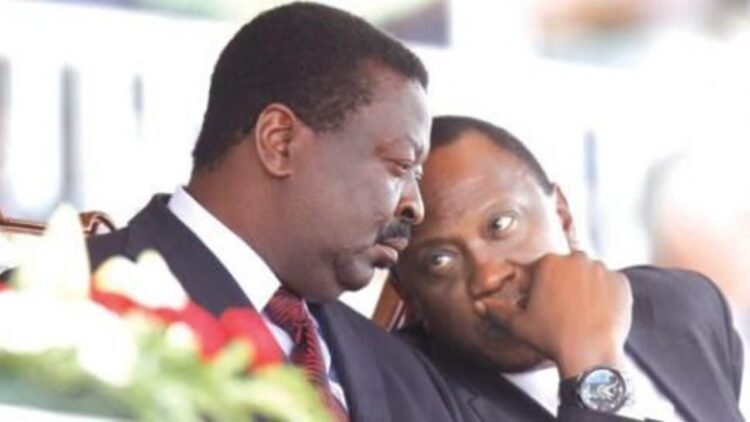 Speaking to a section of Western Region leaders Tuesday at State House, Uhuru said the move by Musalia Mudavadi and his FORD-K counterpart Moses Wetangula was misguided.

“The President said he was disappointed in Mudavadi for agreeing to work with Ruto yet he was talking with them all along,”Togaren MP Eseli Simiyu said.

“The head of state said he thought they were friends only for Mudavadi to betray him,” he added.

Eseli who was among 32MPs and 4 governors at the State House meeting said the angry Kenyatta is ready for a rebuttal and urged them to hit the ground running for campaigns.

This is one of the plans of the head of state to fight Ruto’s increasing popularity and to campaign for his preferred successor, Raila Odinga using Azimio la Umoja.

This comes days after Mudavadi and Wetangula agreed to join forces with Ruto’s United Democratic Alliance (UDA) in a front likely to spearhead August polls.