by KELLY NYAIGA
in Politics, New
0 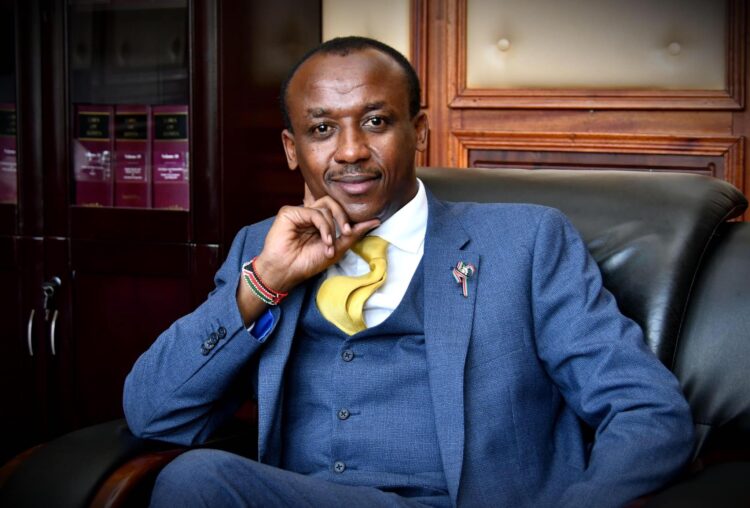 Governor- elect of Makueni County Mutula Kilonzo Jr has stated in an interview when asked who will be president and who will be the running mate between himself and Johnston Sakaja Governor-elect of Nairobi county.

He responded by saying ” I want to declare that I have no presidential aspirations. Right now Kenyans might be so entertained by the idea of Sakaja and Mutula but when we become presidential candidates I become a mkamba and he becomes a mluhya.”

Mutula Kilonzo Jr is to be sworn in on 25th of August 2022 in Makueni.

He also stated, ” I have realized that county governments like Makueni are collecting overdrafts and are borrowing, without guarantee. Without framework of legistlation and policy counties have found an avenue to borrow from commercial banks.

“If the government understands that you cannot delay the dispensation of medicine, that you can’t tell the person who is sick today, come tomorrow, or the lady who wants to deliver wait until I get the doctor or the ambulance doesn’t have tyers or doesn’t have fuel to pic you up from wherever you are, if the national government understands that then there is no reason to delay equitable share.”

When asked on his winning streak as senator and now as governor-elect of Makueni county on the first try, he said, “I don’t think there is a secret to it only that I think we(him and Sakaja) resonate with the people who elect us. The confidence that the people who elected me in 2013 has not changed from 2013 to 2022 and therefore it only means that in terms of the work that I have been doing it has been consistant and therefore they can see the leadership.

The vote of confodence that I have received in Makueni since 2013 is a record. Infact I beat my competitors in every single place that there was voting in Makueni. So mine was not an election it was just a vote of confidence by the people of Makueni.”