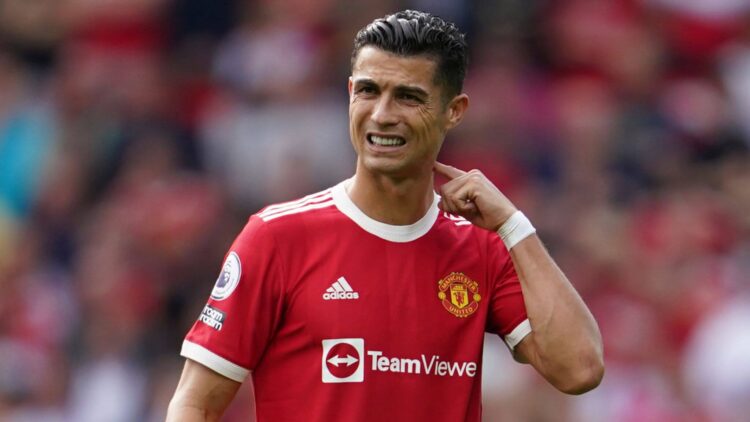 Manchester United star Cristiano Ronaldo has refuted claims by media that he is set to leave The Red Devils.

The Portugal international who has been conspicuously missing during pre-season matches blasted the media for peddling lies.

“Impossible not to talk about me one day. Otherwise the press makes no money,” he said on reports that he is adamant on leaving Manchester United.

He added with laughing emoji, ” You know that if you don’t lie you can’t get people’s attention. Keep going that one day you got some news right”.

This comes as Atletico fans protest possible signing of Cristiano this week even though President  Enrique Cerezo ruled out the move. The fans were seen with “CR7 Not Welcome” banners.

Ronaldo and his agent Jorge Mendes held talks with United about his future this week and that has coincided with reports linking the 37-year-old to Atletico Madrid intensifying, despite the Spanish club’s president dismissing any potential move.

Cristiano’s move is now in limbo but he aspires to play Champions League next season. No club has showed interest so far.