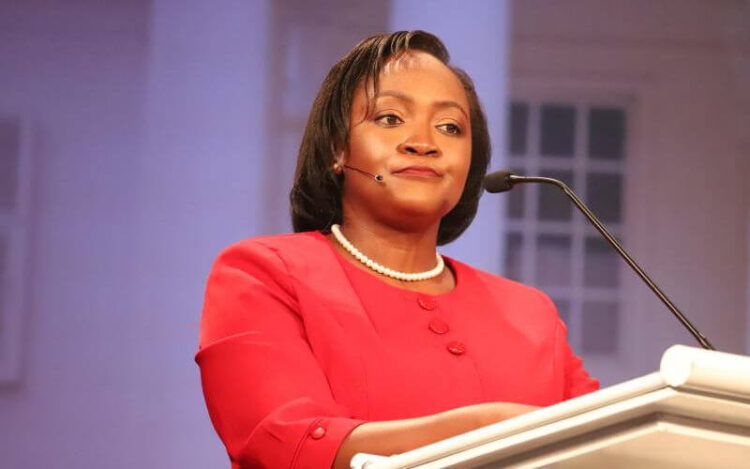 Justina, whos pary garnered over 60,000 votes, has penned down points in which she decided to concede defeat and give it up to UDA’s William Ruto.

In a statement on social media Friday evening, she vindicated Independence Electroal and Boundaries Commission (IBC) chairman Wafula Chebukati saying the only place votes could be changed was at the polling stations.

“It has taken me 4 days listening to argument from all quotas on whether IEBC was free, fair and transparent and I can confidently say that the election was transparent because the polling station agents who are supreme in this process would have raised an alarm if the Presiding officer was up to no good.”

“Roots Party who as a member can confidently say we were disorganized in regards to agents mobilization stating that votes were stolen is simply preposterous. As a future leader, we need to stop bashing our institutions which in turn will translate to inciting the public against constitutionally mandated institutions,” reads her statement in part.

She also thanked her supporters for overwhelmingly voting for her party and promised to come back in future.

“To our supporters 61,969 is no mean feat, do not lose hope, what you did made a difference and building on itself will go into make a difference in future. H.E William Ruto and H.E Rigathi Gachagua are going to be our President and Deputy President respectively and I pray that our wonderful peaceful people of Kenya will accept the verdict,” she added.