Kalonzo, Moi, and Wanjigi Storm Out of Bomas Over Ruto’s Presence 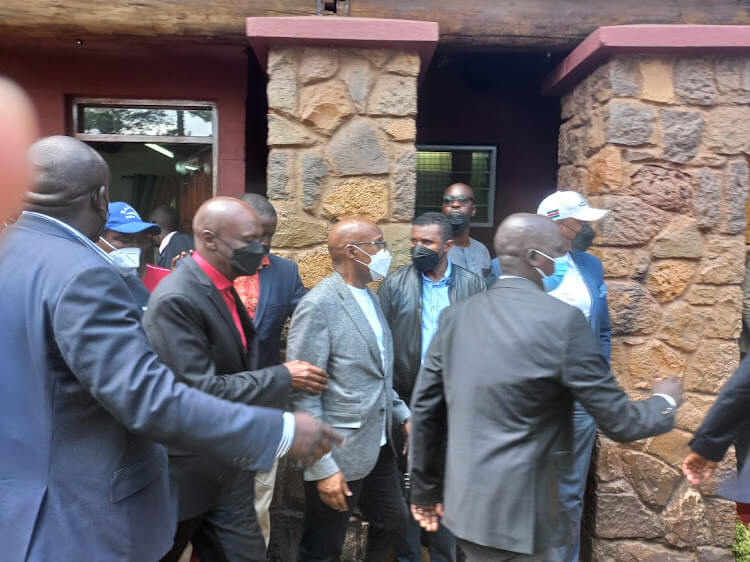 Heavy presence of United Democratic Alliance (UDA) members irked the three leaders the wrong way and were forced to storm out.

Kalonzo and Moi are jointly principals of One Kenya Alliance (OKA) which Mudavadi and Moses Wetangula are members.

They are said to have changed their minds at the last minute following reports that the DP William Ruto would be there.

This stirs the already unfriendly ground of OKA as Kalonzo side accuses Mudavadi’s of alliegience to the coalition.

The presence of DP Ruto and his allies could mean that there is possibility of union between Mudavadi and UDA throwing confusion on what could be of OKA.