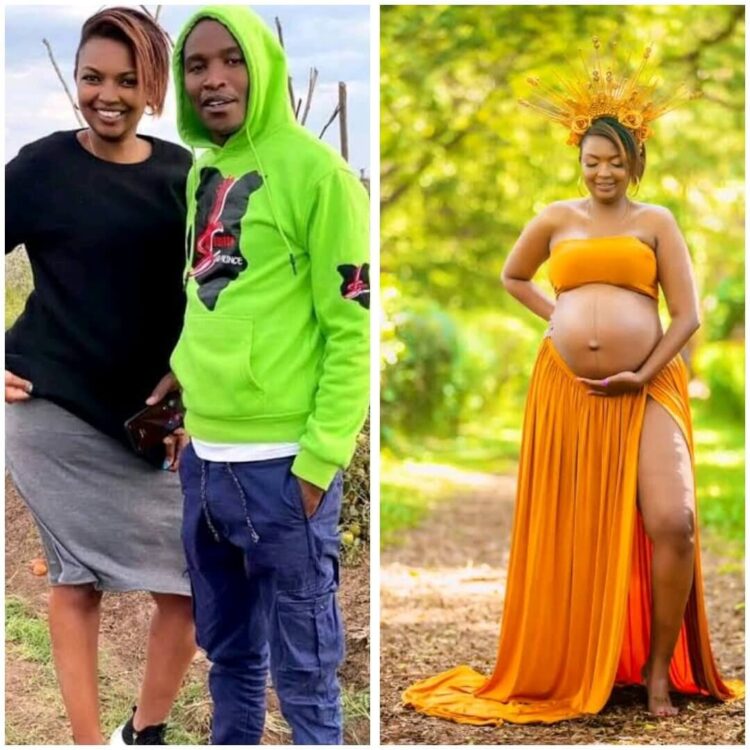 The heavily pregnant city politician is not giving her fans a breather and has been flaunting her baby bump online.

In one of her photos, she hinted that Samidoh was not the father of her unborn child.

For starters, Karen Nyamu and Samidoh have had a controversial relationship starting last year when she accused him of violence and later turned out pregnant.

her second pregnancy came after a short while and when asked why she still gave Samidoh a second child she said, “That man is fertile. Children are blessings. Love is stupid“.

Fast forward, a fan asked in one of her post,” Samidoh aliruka ball” and she replied “Awache kujishuku, hajaambiwa ni yake” (Let him stop doubting himself, he hasn’t been told the child is his).

Could this be a direct way of telling the musician that the child was not his?