by HabariLeo
in Video, News
0 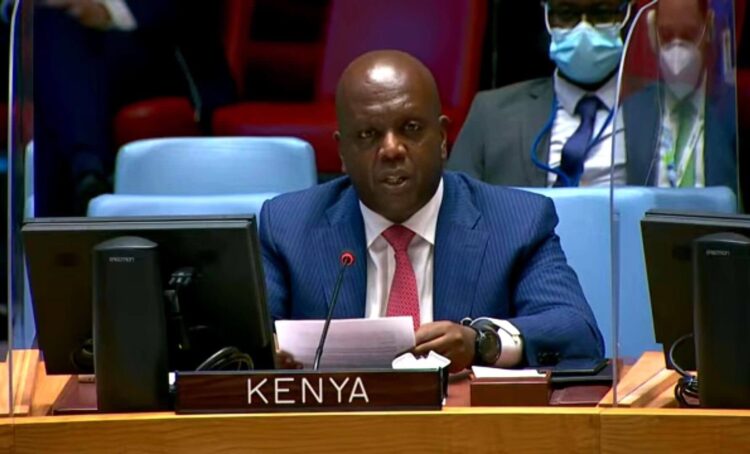 The government of Kenya has Friday morning advised its citizens living in Ukraine to consider leaving the country as soon as possible.

Kenya has urged citizens to take advantage of this window before tension escalates. Kyiv has been hit by blasts, and at least one block of flats was damaged.

Kenyans, especially students living in Ukraine have however opened up on challenges of getting visas to travel to neighboring European countries.

The position of Kenya as confirmed by Amb Martin Kimani is that a war at this point and time takes the world years back and is not supported by Kenya and Africa.

“We do not deny that there may be serious concerns in these regions. But they cannot justify today’s recognition of Donetsk and Luhansk as independent states. Not when there were multiple diplomatic tracks available and underway that had the ability to offer peaceful solutions,” Kimani said in a viral video during a UN security meeting.

The Russian assault is being fought on several fronts after it attacked from the east, north and south on Thursday.

Ukrainian officials said there had been missile strikes on the city, and there are reports that an aircraft was brought down.

Moscow launched the offensive in the early hours of the morning, shortly after President Vladimir Putin declared war in a dramatic televised address. He threatened any country attempting to interfere with “consequences you have never seen”.

Air and missile strikes rained down on cities and military bases, before tanks rolled in across three sides of Ukraine’s vast border. It followed weeks of escalating tensions, as Russia massed troops around the country.

Ukraine’s President Volodymyr Zelensky, meanwhile, vowed to continue fighting. He said “a new iron curtain” was falling into place and his job was to make sure his country remained on its western side.