by KELLY NYAIGA
in News
0 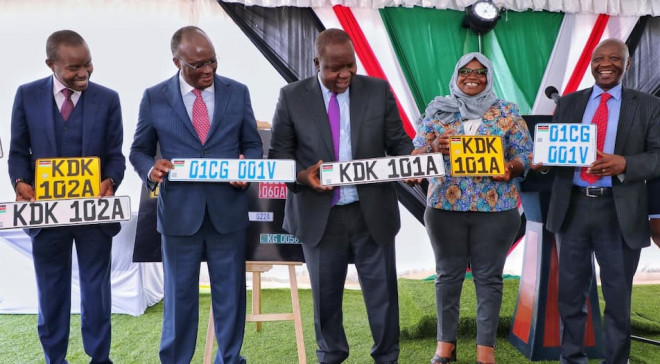 The number plates have a QR code, an NTSA serial number, and the Kenyan flag.

The plates also have microchips that can be accessed by the police remotely. This allows the police to track the vehicles.

CS Matiangi also said, “We are doing this because we want to address the security of our country. We want to help other agencies such as KRA to function properly, uplift the financial sector and improve transparency.”

All vehicles in Kenya have up to 18 months to switch to the new number plates which cost Ksh3,000

.All imported vehicles will also get the new digital number plates put on them at the point of entry.

The digital number plates will be synchronized with Kenya Revenue Authority (KRA). This is to help track tax evaders in the country.

Cabinet Secretary Transport James Macharia stated that the digital number plates comply with Traffic Act 2016. He also said that the plates would cover 12 categories of vehicles according to the legal notice 62 of 2016.