Kenyans Are More Disappointed in You, Mudavadi Replies Uhuru 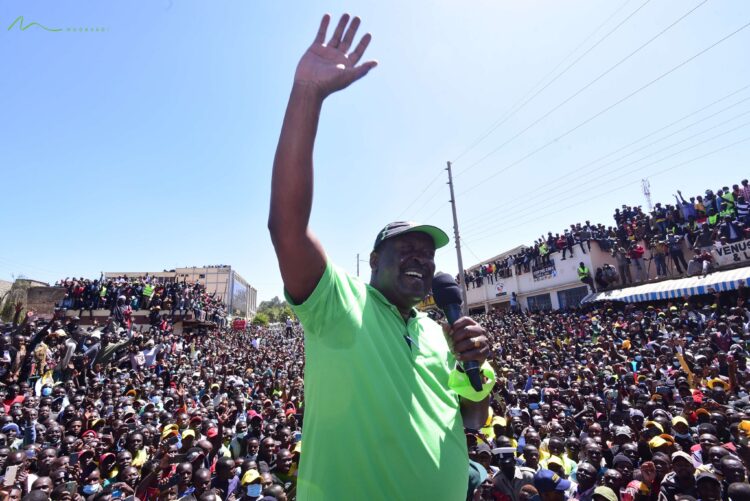 Speaking in a UDA-ANC, and FORD-K joint rally in Nakuru, Mudavadi blasted President Kenyatta over burdening Kenyans with debt during his two terms in office.

“Mr President, you have a right to be disappointed with me. But, I want to tell you: Kenyans are even more disappointed in you. They are hungry, they are tired. Let’s not lie to each other,” he stated.

Mudavadi was elated after huge reception in Rift Valley, thanks to his Sunday Earthquake.

ALSO READ: I am Disappointed in Mudavadi- Uhuru

His outburst was after President Uhuru met Western Kenya leaders at State House where he revealed he was disappointed in Musalia’s move by joining Ruto.

Uhuru was of the idea of One Kenya Alliance (OKA) team joining Azimio la Umoja to help Raila in his presidential bid.