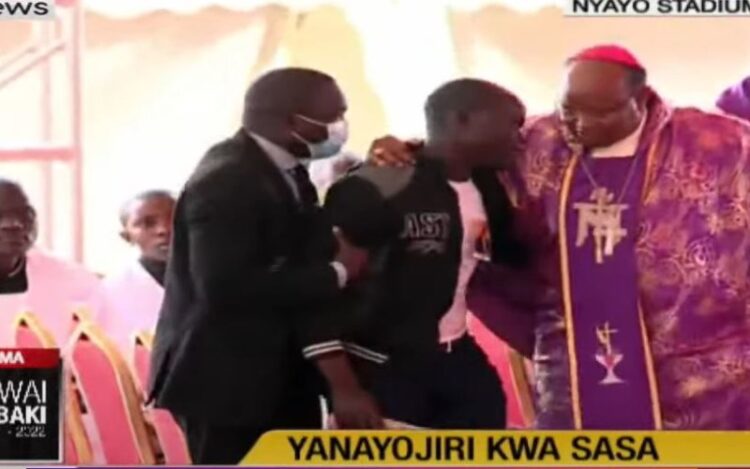 The man who caused drama outside Parliament buildings on Tuesday claiming to be the late President Mwai Kibaki’s grandson, was yet again on cameras today during the funeral service of the late Mwai. This time around, he was begging to share his tribute for only two minutes.

It is not clear yet how Allan Makhana breached security and got to the podium where Archbishop Anthony Muheria was leading the service from. He could be heard whispering that he needed just two minutes to make ‘a few remarks.’

Contrary to what many expected, Muheria held him close and hugged him before asking the security officers to treat him well. This gesture got many Kenyans on Twitter praising the Bishop for de-escalating the situation in a calm way.

“He is a son of our nation who is emotional at the loss of a President, treat him well,” said Bishop Muheria. 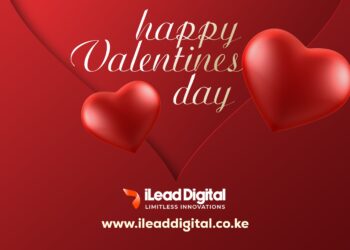 Happy Valentine’s Day, y’all! I trust this year finds you well in peace and still loving each other. February 14,...