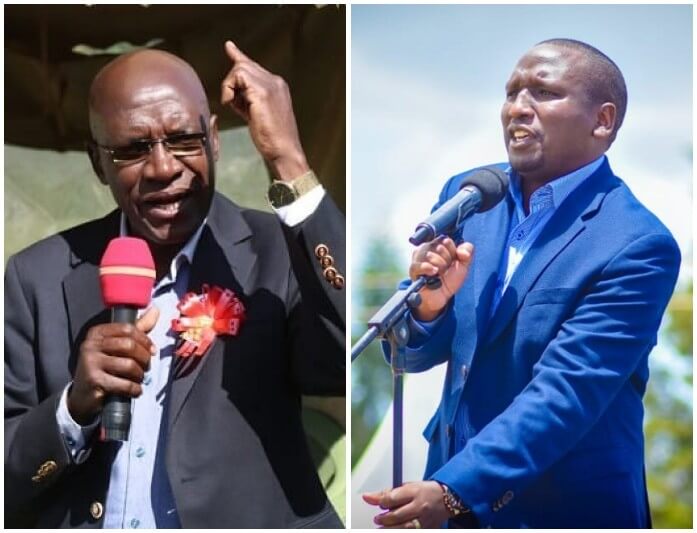 The two traded disagreements on Twitter moments after Kenyans were treated with some bits of drama during the Celebrations of 58th Jamuhuri Day.

The event which went down at the Uhuru Gardens saw leaders and Kenyans attend President Uhuru Kenyatta’s last Jamuhuri Day.

After the celebrations, DP Ruto and Raila Odinga were captured on camera shaking hands as they depart from the main podium.

Reacting to the photo that has since went viral, Aaron Cheruiyot said that whether DP Ruto or Raila win the election, the nilotes will have won.

“The Nilotes size each other up. The Nilotes Derby on 9th August will be one like no other, good thing it will be home either way,” he said.

This elicited mixed reactions from Kenyans who said that the Senator was preaching tribal politics which should not have a place in Kenya ahead of 2022 polls.

Replying to his ally, Boni Khalwale said that the Senator is reversing the gains that DP Ruto has made in his campaigns across the country and his aim of preaching inclusive politics.

“Kenyans will be voting for a Kenyan. Not a Nilot! Abandon this ethnic thing unless u want to reverse the huge gains we have made for @WilliamsRuto in the nonnilotic voting block,” he replied.

Senator Cheruiyot has since deleted his remark on Twitter after receiving backlash from Kenyans.