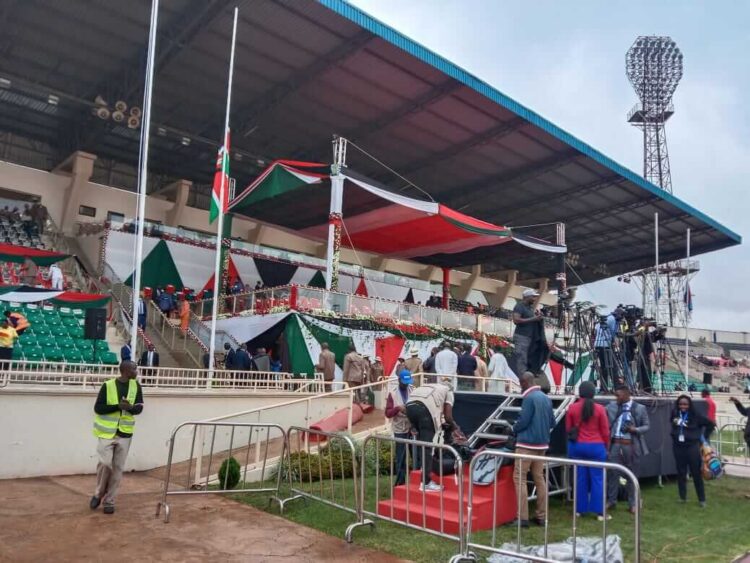 Kenyans have braved the April 29th chilly weather to witness the historic send-off of the late former President Emilio Mwai Kibaki at the Nyayo Satdium.

The members of the public seen arriving at the stadium are being subjected to strict security screening before being allowed in.

Those carrying food, water or juices are being told to eat, drink or leave the items outside before entering the stadium.

The event which is schedule to start as early as 8 AM will see diplomats and several heads of state attending.

Interior CS Fred Matiang’i had urged Kenyans to be seated at the stadium by 8 AM to help in conducting the state funeral according to plan.

He also praised the Kenya Defence Forces (KDF) for being strict with their programme and timings.

“We want to start early so that those who have to travel out of town are able to return to their homes early enough. The programme will commence at 8:00 am,” Matiang’i stated.

“We request our fellow citizens to be time-conscious because this is a ceremony that involves a lot of people. We are all led by KDF and we’ll be required to observe the protocals by the KDF,” he added.