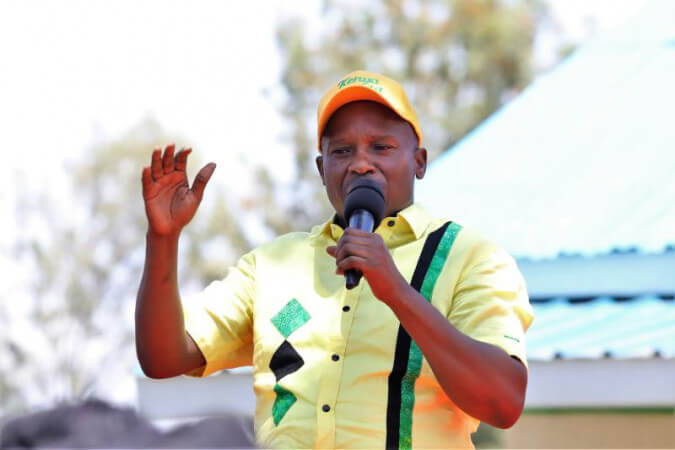 Speaking at a press conference in a Nairobi hotel a day after missing out as Ruto’s running mate, Kindiki said he will be relaxing as he reflects on his future and prepare for a comeback.

“I have taken a decision to take a break from elective politics. I will take the break to reorganise myself as I support my party to deliver the presidency,” he said.

he added,” It was not about me as a person, it was about us as a team.”

He noted that he will remain in the UDA party and the Kenya Kwanza Alliance because he believes they are going to form the next government.

Kindiki was in neck to neck in polls and even in the 11th hour as many members of parliament preferred him for Mathira MP, Rigathi Gachagua.

Kindiki will join other Mount Kenya leaders; the likes of Sabina Chege and Peter Munya to step down from elective seats and deliver presidency for their respective parties.