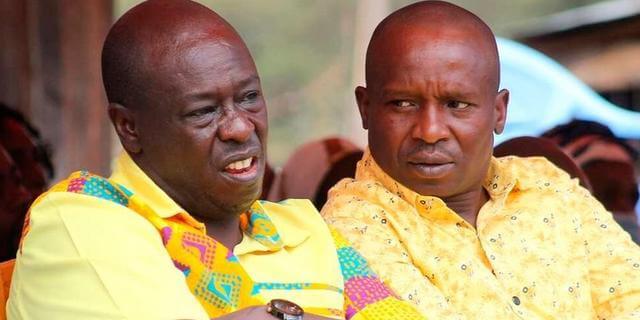 Speaking to Wahiga Mwaura on Citizen TV, Kindiki said he left Ruto’s Karen home in the wee hours of Sunday after he was informed that Mathira MP Rigathi Gachagua was to be named running mate.

“When we left his premises on Sunday morning, myself, Gachagua and a few colleagues remained behind and that is why I was partly late for the function. I think there was a miscommunication,” he defended his absence.

DP Ruto’s camp had announced that it will name his running mate on Saturday but that was delayed and 17 hours of consultation was witnessed at Ruto residence.

Kindiki who was poised for the lucrative position said he went to his regular church and he was late to attend Ruto’s unveiling.

“When we left there at 3:30 am we had agreed that the announcement would be done after church so I went to my regular place of worship and Ruto did the same also went to a church within his residence but I didn’t get the timing correct. My church service delayed a bit,” Kindiki said.

He added,” So when I left the church before the service and I saw a missed call from my party leader. I called back but he didn’t pick up. I went online and found that he had started speaking and that is why he didn’t pick the call”.

After not picking the call, Kindiki opted to sending DP a text message on why it was not wise for him to attend the event.

“What I did is text him. I told him sorry I am late but it will look untidy for me to drive all the way from my church in Valley Road to Karen, come late and cause a scene for nothing because I knew what the decision was,” he said.