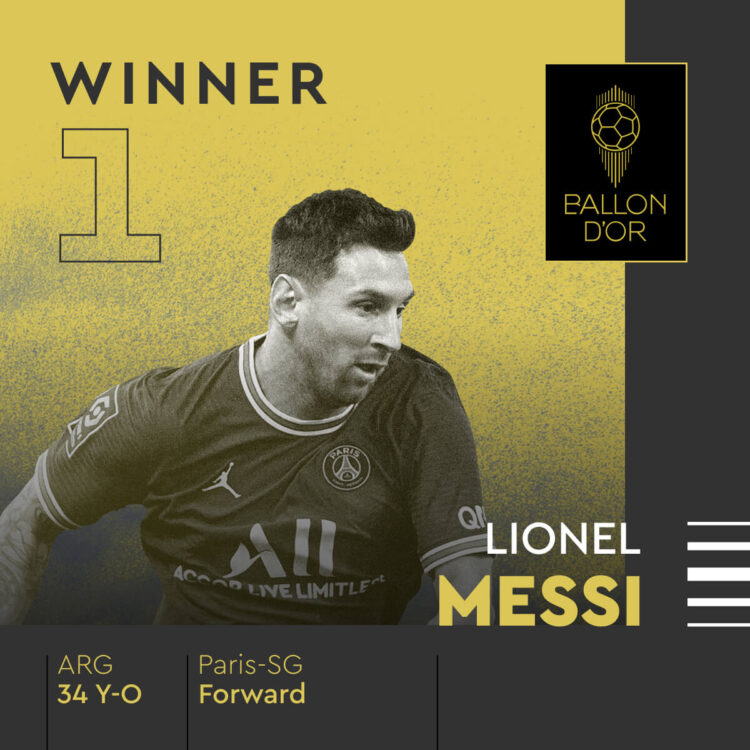 The annual football award, Ballon d’Or, by French Magazine France Football is back full of surprises.

It was also a good day for Chelsea fans as midfielders Jorginho and N’Golo Kante came third and fifth respectively. Chelsea club also won the Club of the Year award and are currently on top of the EPL table.