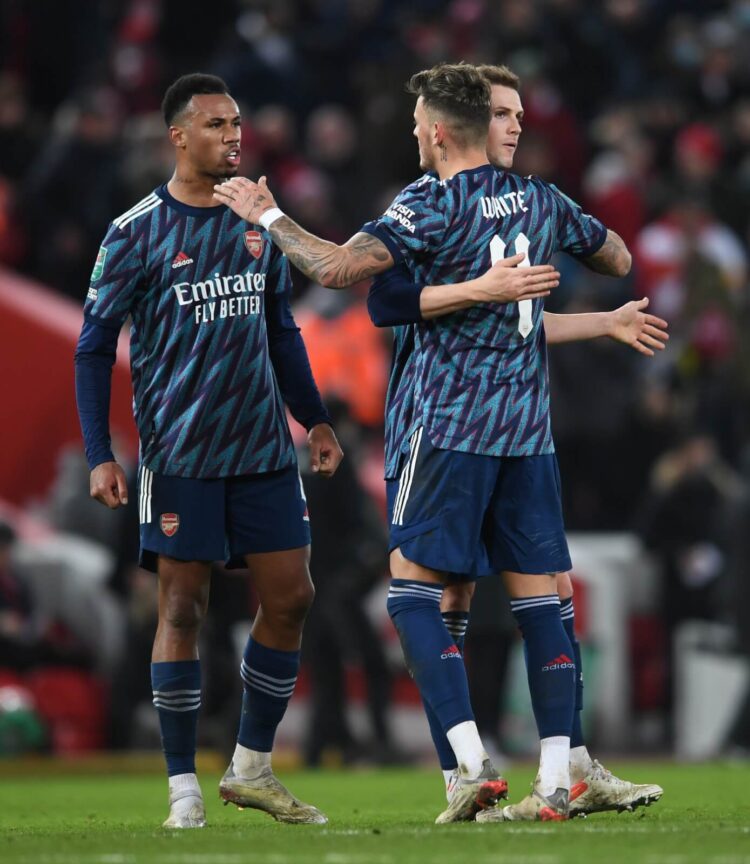 Granit Xhaka was shown red card at 24th minute sending tension to 10-man Arsenal. This was thought to be an advantage to Liverpool who were playing at home.

Arsenal kept pushing and defended well leading to a barren draw at half time. Liverpool were kept on toes with zero shots on target in their second half.

Arsenal defenders fought their all with Gabriel and Holding giving Goal Keeper Ramsdale backup. Liverpool lack the service of Egyptian Mohammed Salah and Sadio Mane who are representing their countries in the Africa Cup of Nations (AFCON) in Cameroon.

Liverpool will now face Arsenal at the Emirates next week on Thursday for the second leg of Carabao cup.

This game had originally been scheduled to take place as the second leg of the tie, but thanks to fake positive Covid tests, the fiirst leg was pushed to next week at Emirates.