Magix Enga Reveals Encounter With Illuminati, “I Gave Out My Blood” 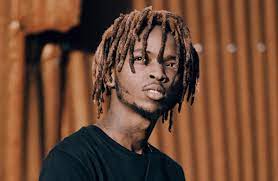 Talented beatmaker, Magix Enga, has opened up about his life behind the scenes and how he joined the ‘mythical’ Illuminati group.

Joining at 23, Magix Enga attributed his success to Illuminati where he said he star shone to become the ‘Beat King’ of the Kenyan entertainment industry.

Speaking to Presenter Ali, Magix Enga recounted how he joined the group which accelerated his fame to being a sought after producer.

This, Magix Enga said made popular entertainers like Rick Ross, and DJ Khaleed text him on Instagram.

He revealed that he gave his blood as a sacrifice but the ‘spirits’ are out now that he resorted to praying.

Magix Enga doubles up as a singer having released some of the biggest songs of the decade and also producing big tunes that shook the country.

During the Covid-19 period of 2020-2021, Magix Enga went mute in the industry and some thought it was the effect of the pandemic that had him close shop.

Magix Enga is not new to clout and his recent revelations perhaps can be questioned. He now says he is born again and is back to producing gospel songs.

In 2020, Magix Enga had an altercation with American Rapper Tekashi 6ix9ine over stealing his beat. He had Tekashi’s song removed from YouTube for over a day before he was allegedly paid. 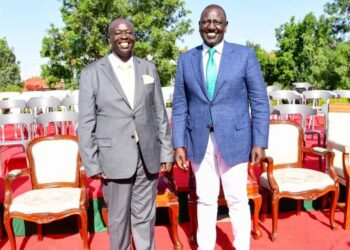